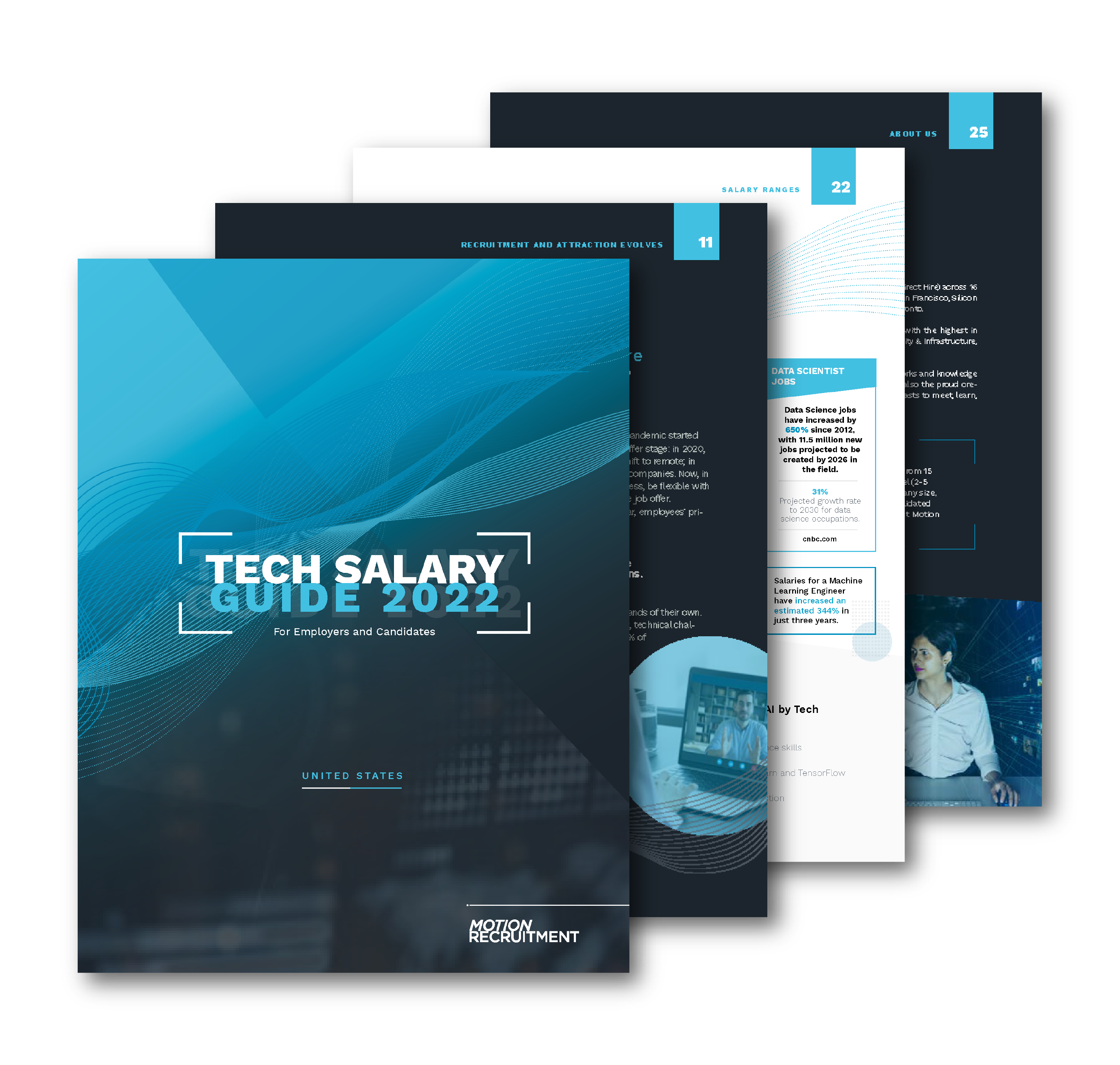 Our 2022 Tech Salary Guide showcases why Boston is considered the most innovative tech hub on the east coast by both technologists and businesses.

Contact us to learn more about open tech roles and available talent in Boston.

Search our job board to find highly competitive tech jobs near you as well as remote opportunities.

What is the average tech salary in Boston for software developers?

The average tech salary in Boston is $125,000 but this varies significantly based on location, industry and company size. Download our guide to find the salary for your role.

Why are tech salaries in Boston increasing?

According to CompTIA, Massachusetts has the highest concentration of tech professionals in its overall workforce (11.5%). “Technology powered the job growth and economic gains in the past decade in Massachusetts and across the county while delivering countless benefits in how we work, communicate, create and share,” said Todd Thibodeaux, president and CEO of CompTIA.

Overall, Boston scores as a top-10 tech market in the U.S. With one of the largest millennial populations in the country and a highly concentrated amount of candidates with college degrees in science, mathematics and engineering, Boston remains a leader in educating, retaining and attracting some of the top talent in the tech industry.